WordPress vs Drupal Who Is The Best For Use

Here are five differences between WordPress and Drupal:

How Is Their Functionality?

If we use WordPress or Drupal or know about them, then, of course, I understand that Drupal is more complicated than WordPress. Some of the features users require seem to be a bit complicated for its functionality. However, Drupal’s functionality is as deep as WordPress. There are a few features of Drupal that if you do not know how to use them, they will be very confusing for you and appear to be a hindrance to your work. In this case, WordPress is very nice and effective. Its features are very easy to use and always usable and efficient. There are taxonomy, block, view and more features like Drupal WordPress. If you need more than a one-page template or content type, WordPress will be able to handle your needs better and better than Drupal. WordPress user permissions are better than Drupal. On the other hand, like WordPress, Drupal gives equal support and access to multiple site stakeholders. Drupal and WordPress developers built this platform, originally intended to be user-friendly. They have been successful in most cases except for a few minor issues. Some of Drupal’s redundant features have a slightly lower rating than WordPress in the market. In a later version, the developers noted some changes to its functionality.

How Is Their Flexibility:

Many people choose WordPress most often when it comes to flexibility. Because WordPress has enough plugins for social media with SEO, and more, which is very important for a user. These plugins of WordPress are called modules in the version of Drupal. Similar to the WordPress plugin, Drupal’s modules are free. These are just as useful as WordPress plugins. However, the specialty of WordPress is that its plugins are usually easy to manage without the need of a developer. But in Drupal, you really need the developer to install or update a module or manage it. WordPress was originally designed as a blogging platform, so it didn’t have the capability to handle huge amounts of content. But now with its new versions, any kind of content and thousands of pages can be relatable. As a result, it is gaining popularity very quickly. Similarly Drupal, like WordPress, can support thousands of pages and thousands of users. The developers of Drupal have made some updates to its new version, Drupal-8, and have improved its page performance. Helps the page load faster with its caching feature.

WordPress is much easier to use and understand. Drupal, on the other hand, is not difficult to use, but learning how to use it is a bit complex. Using it requires more technical experience than WordPress. Even if you have limited knowledge of website development, WordPress is much easier for you to understand. Developers can create and customize a WordPress site within a short period of time. Then hand it over to the client for site management. If you only have the basics, you will be able to set up a blog in WordPress shortly.

One of the biggest differences between WordPress and Drupal is that of protecting a site. Many were worried about its use after the release of Drupal-II, which was the main reason for its security vulnerability. Since the development of Drupal 8, its developers have taken the necessary steps to improve security. For this, the best way to avoid its security vulnerability is to upgrade your site from Drupal 6 to Drupal 8 as soon as possible. At one time, WordPress tradition was subjected to hacking and other attacks. However, at present, some powerful WordPress security plugins can protect all systems from potential attacks. There are hosting platforms that make WordPress less vulnerable.

Although both Drupal and WordPress are free to download and install. Even then, there are different costs for developing a website on both platforms. Developing a site with Drupal requires different developers which are really expensive. On the other hand, the cost of developers is not that high for WordPress. In addition, there is a different amount of air for the maintenance of both uses.

Overall, we find WordPress to be more powerful, flexible and most useful for use. This allows you to easily create unique and effective solutions to meet your needs. Also, if you are looking to create a blog or a website for a business purpose, the simple and easy-to-use interface of WordPress will provide you with much better services.

We have tried to bring you the complete contents of these two platforms. So with these things in mind, you need to consider which platform is most useful to you. 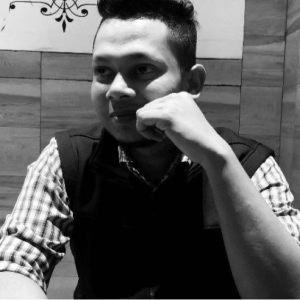 A WordPress enthusiast, content creator and tech admirer. Loves to learn new things and help others.
View All Posts..

Related posts based on your interest 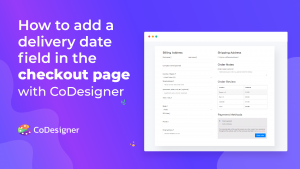 UTM Parameters: Definition, Benefit, How To Use 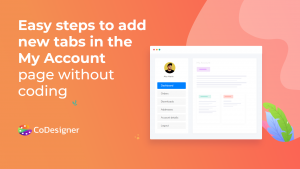 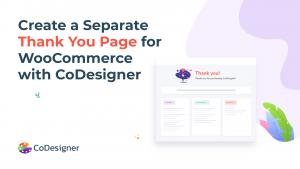 How to create separate WooCommerce Thank You page with CoDesigner

Codexpert is a team of talented developers that works mainly on WordPress based products and projects.

It created CoDesigner, WC Affiliate, Share Logins and some other amazing plugins that help thousands of users across the globe.